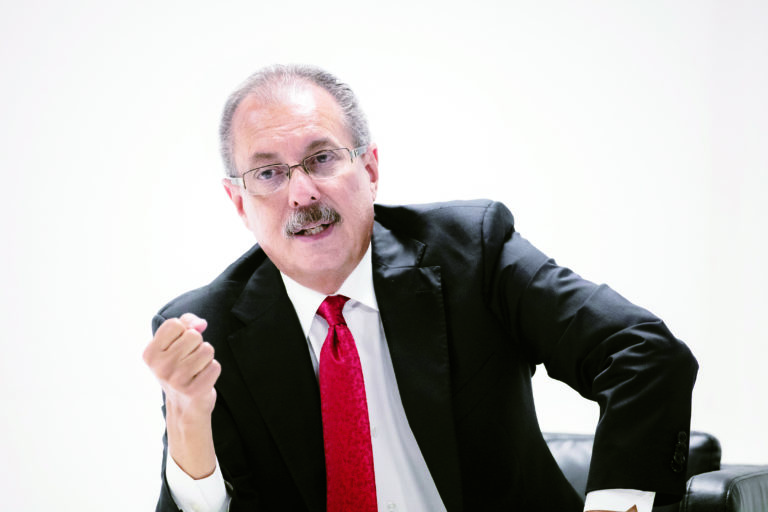 Zaragoza, who is now the Senate Treasury Committee chair, talks about structural problems the government must deal with

If someone has the experience and wherewithal to know that the Puerto Rico Financial Oversight and Management Board (FOMB), known locally as La Junta, is not the be-all and end-all of the commonwealth’s budgetary concerns, it would be Popular Democratic Party (PDP) Sen. Juan Zaragoza Gómez.

His informed perspective traces to his role as the second Treasury secretary under Gov. Alejandro García Padilla, between 2014 and 2016, as the commonwealth government suffered a financial meltdown. The experience tested the certified public accountant, with a storied career in government and business, and sharpened his skills in crisis management.

Zaragoza’s desperate efforts to keep the island’s fiscal dam from collapsing and drowning essential public services led the secretary at the time to adopt unpopular measures such as a crackdown on delinquent business owners, a failed attempt to replace the sales and use tax (IVU by its Spanish initials) with a value-added tax (IVA by its Spanish initials), and an almost doubling of the IVU from 7 percent to 11.5 percent.

The commonwealth’s credit rating had been downgraded to non-investment, or junk, grade in February 2014, after which government financing sources dried up amid a lackluster economy that failed to produce sufficient tax revenue to pay for government operations and debt service. The historic crisis led to President Obama’s enactment in 2016 of the Puerto Rico Oversight, Management and Economic Stability Act (Promesa), which in turn created the FOMB with the goals of restructuring the island’s debt, ending commonwealth bankruptcy and facilitating the government’s return to the capital markets to borrow at reasonable interest rates.

“For the first time since the arrival of the Americans [in 1898], Puerto Rico’s Treasury secretary was left without a source of financing,” Zaragoza said in an interview with Caribbean Business, explaining the dire situation that led him to author the memorandum on which former Gov. García Padilla based his June 2015 announcement that the commonwealth could no longer pay its debt. The Treasury chief resorted to “juggling acts” with the scarce cash left to avoid layoffs and continue providing services as the government began to default on payments to bondholders.

Three years after leaving the Treasury, Zaragoza once again entered the public fray, this time in a PDP gubernatorial primary, an attempt he abandoned due to low poll numbers. However, he won a Senate seat in last year’s election.